With such a dominant role in corporate IT, our final trend predications for 2022 is focused specifically on the trends for Microsoft 365.

1. More AI Features will Be Added

Artificial Intelligence (AI) is already a central focus of some 365 applications like Dynamics AI, but where most users feel the impact of AI is when these smart features are embedded into the core 365 apps. Like dynamic translations between languages in Word or the resume helper feature that pops up when Word believes you are working on one.

Microsoft’s enormous user base puts them in a unique position to use AI techniques like machine learning (ML) that need a lot of user behavior data to work well. Microsoft will roll out these types of smart features in 2022 to offer uniqueness to their offerings that can only be added at their scale.

The approach that Microsoft has taken with 365 has been to constantly add to features and capabilities often without much of an announcement, documentation, or support. Many of these features are included in one or more of their subscription levels. The approach makes sense at the scale at which they operate, but it leads to adding more capabilities that make the 365 more complex to understand and utilize well.

In 2022 this trend towards more complexity will continue. New features and new pricing plans will be an expanding story throughout the year. In Microsoft’s defense, it is really the right strategy for them right now. It is relatively low cost for them to add features to 365 and effectively test them on their large customer base. The features that are working and being used (like Teams) get more development and support effort, while the features that don’t work get less support and will even get removed (like Delve).

The number of application programming interfaces (APIs) in Microsoft 365 is mind-boggling. In 2022, the breadth of API coverage will increase. This is a strategic play and a practical benefit associated with the size and scale of Microsoft 365. Providing broad API support gives an incentive to enterprise developers or third parties to use the 365 features and applications in the automation of their business workflows.

Look for more API support in the core IT processes that are associated with email, security, remote working, and data loss prevention. 365 is at the center of where most company’s employees interact with technology and communicate with one another. API support for automation that leverages this unique position for 365, is highly strategic to companies and therefore to Microsoft also.

Regardless of what happens with the pandemic and changing attitudes about remote work, Microsoft 365 will see many new features added or expanded to enable better remote work. While there are clear indications that many employees will return or continue to work from an office location, the remote work wave among software and services will lag the trend since rolling out these features has taken so long.

For 365, extensions to Teams and the collaboration features of the Office application suite will feature prominently in 2022, if for no other reason than they were in development in 2020 and 2021. These features will provide value to remote workers and remote teams but will not see as much impact as was originally expected in 2021.

We are big believers in Microsoft 365 and the increasing influence it will have on users across companies of all sizes. What do you think about Microsoft 365 in 2022? Where do you think Microsoft will expand this juggernaut for the upcoming year? Let us know what you think at info@montra.io. 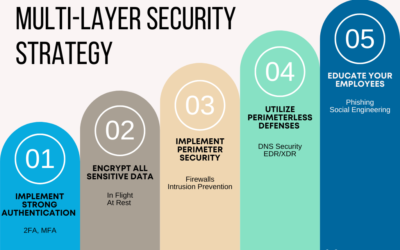 Security is asymmetrical. Where businesses must plan, prepare and defend against every threat or scenario, cybercriminals only need to find a single weakness or hole in your defenses to carry out their malicious plans. Protect your data and your business by deploying multiple security strategies together as one.

END_OF_DOCUMENT_TOKEN_TO_BE_REPLACED 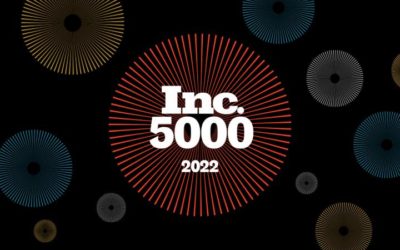 Inc. has revealed that Montra, innovator of advanced remote IT management solutions for today’s workplace, is No. 1,976 on its annual Inc. 5000 list, the most prestigious ranking of the fastest-growing private companies in America.

END_OF_DOCUMENT_TOKEN_TO_BE_REPLACED 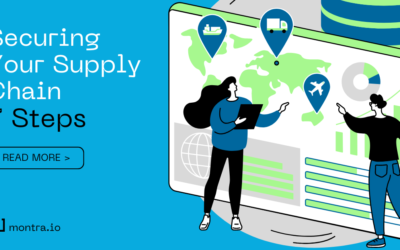 Cybersecurity threats to the global supply chain can come from anywhere in the world, and they can have a devastating impact on businesses of all sizes. Increased digitization of the supply chain makes it all the more vulnerable.